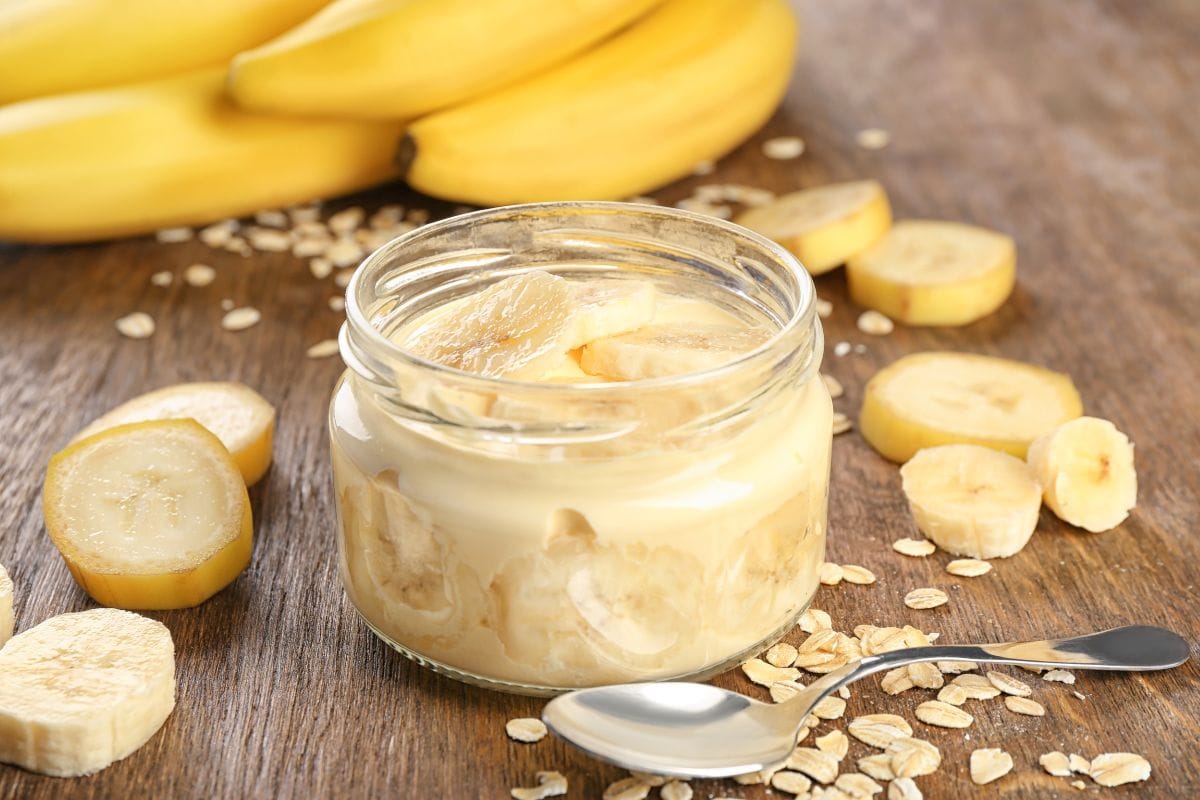 You’ve made a large batch of banana pudding and got confused about whether you can freeze it or not. Okay got it because I’ve been there.

It’s true that improper freezing can ruin your appetite the next time when you crave to have banana pudding. So, here’s what you can do to freeze banana pudding in the right way.

We are going to explain all the right ways of storing banana pudding along with some other information that will give you knowledge on this delicious dessert.

Banana Pudding Can’t Be Frozen, Is It True?

No, it’s not true, any food item can be frozen if you follow the proper steps. But it’s true that you have to compromise some nutritional properties of the food. Stull, you can eat the pudding after defrosting it the right way.

Since banana pudding is a perishable food and the taste needs to be preserved, it’s very important to understand which step might make this banana pudding uneatable.

Banana pudding has a lot of perishable ingredients such as custard, cookies, vanilla wafers, and last but not least, of course, fresh banana slices. Among all these ingredients, custard and banana are the main ingredients that fall under the solid perishable category.

If these two can be frozen properly, banana pudding can stay intact in the refrigerator for a long period of time. But that doesn’t mean cookies and wafers don’t need to be preserved at the right amount of temperature.

The base of banana pudding is the sweet vanilla layer that is also sometimes altered as custard.

Sometimes it is also served with whipped cream that covers the top layer. Depending on the place meringue is also used instead of whipped cream. But for meringue and whipped cream, it’s a bit difficult to freeze.

Over that, these puddings are already baked, so when you are putting them inside the refrigerator, there has less chance to get a bad taste. Also, you can keep these types of pudding preserved for a long time.

But the taste of it would vary depending on your refrigerator temperature (you’ll get detailed information about the recommended temperature in the last part of this piece.)

This pudding is easy to make, and faster to make but also gets bad faster than baked pudding if you don’t preserve it properly. These puddings are thick cream type, like it’s a custard but biased towards the banana flavor.

These puddings have a lot of ingredients in them, mostly acidic foods. So preserving it without proper wrap would lead to make a bad smell and make bad taste. These puddings are served cold usually. The colder these puddings are, the better the taste you will get.

Usually, everyone tries to freeze this pudding before serving and the leftovers are also kept in the refrigerator.

Based on these two types, you have to categorize the basics of your banana pudding and then you will go for the amount calculation. Regarding the amount, you can freeze either a large volume of pudding or a small amount of pudding.

You can make banana pudding in either a single cup or a large batch.

In comparison, large-volume puddings are a bit tough to freeze than single-cup pudding since it needs extra care to last long in the freezer.

How to Freeze Banana Pudding?

Step 1: Prepare the amount of pudding you’re going to freeze

Before you keep a single cup of pudding in the freezer:

To store a large batch of banana pudding,

Why use lemon juice? Because there’s an effect of freezing a large amount of pudding, it may get discolored and turn brown. And, using lemon juice can prevent this situation.

Step 2: Keep it in the freezer

For a single cup of pudding,

To store a large batch of pudding,

How to Defrost Banana Pudding?

Defrosting banana pudding isn’t a big deal. All you have to do is to get it out of the refrigerator and keep it in the normal place overnight. Follow the steps below to defrost any kind of banana pudding:

Make sure not to keep it in a very warm place or it may change the taste of the pudding. Specifically don’t use too much hot or warm water to defrost the pudding.

Banana pudding usually lasts for 5-7 days in the freezer. But if stored properly without keeping it near air, then it may last up to a month. You can store banana pudding for almost, near two months but it may not taste the same as it was in the first place. The best time to eat a frozen banana pudding is in three days from the day you placed it in the refrigerator.

How to Know If The Frozen Banana Pudding Is Spoiled?

The best way to know if the pudding was spoiled is by smelling it. Carefully unfreeze the banana pudding and check for any kind of bad odor. If you find any sweet smell with a vanilla-type odor, that means your pudding has started to go bad. Also if you can’t find any banana smell in your pudding, that means the ingredients have spoiled in the pudding.

What are the side effects of freezing banana pudding?

If you can follow the steps properly and preserve banana pudding, then there will be very less side effects. It’s not like absolutely there won’t be any, but there will be less effective. Freezing banana pudding for a long time sometimes costs its vitamin and effect the textures.

How does the outside temperature affect the freezing of banana pudding?

Can banana pudding turn into ice?

So, yes, you can freeze banana pudding. But even if in the conclusion, we’re saying that don’t freeze it if you absolutely don’t need to. Cause freezing banana pudding ruins the textural and you will feel watery in your mouth than regular outside banana pudding.

If you still have to do this, try to freeze it in an airtight container. The properly labeled container can save your banana pudding for longer periods, presumably 2 weeks or longer. But try to eat it overnight the same day it’s made. If you have leftovers, follow our instructions to freezing them properly. 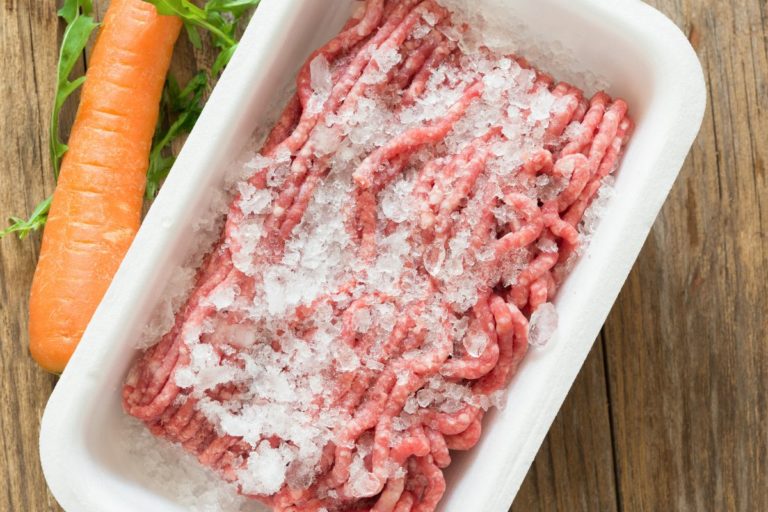 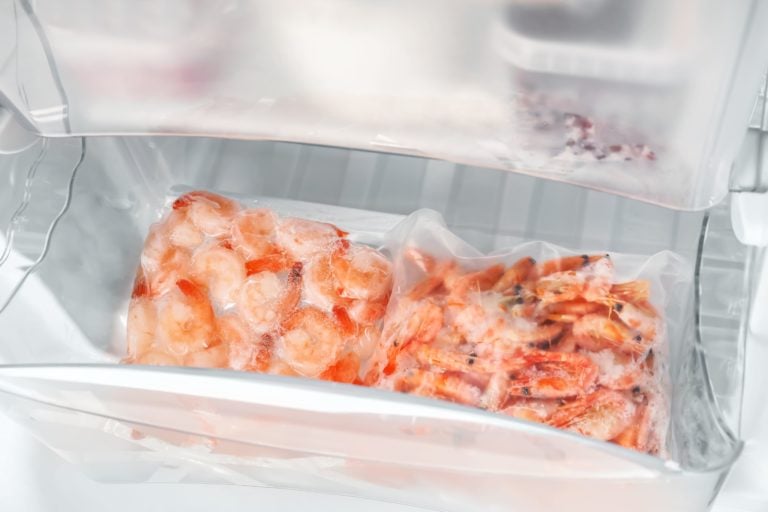 Shrimp is very tasty and is a good ingredient to add in your meal. It adds a distinct flavor that many describe as “ocean taste”…. 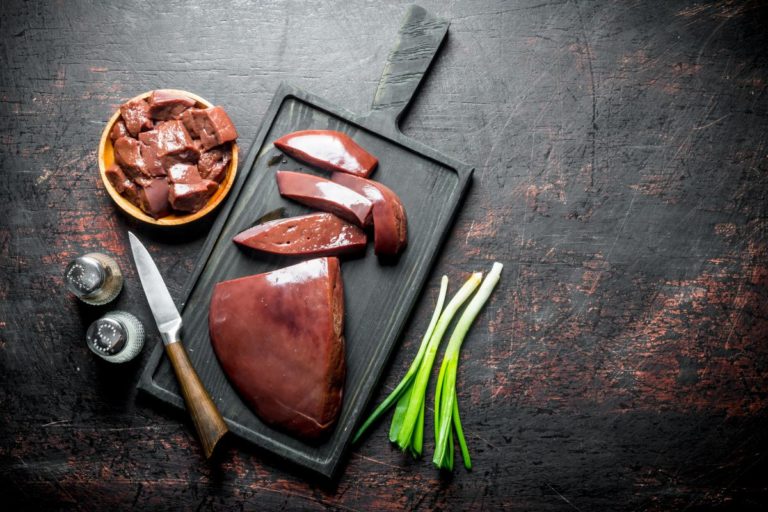 Liver meat is one of the most nutritionally dense foods out there. But there are some rumors and conflicts around storing it that you can’t… 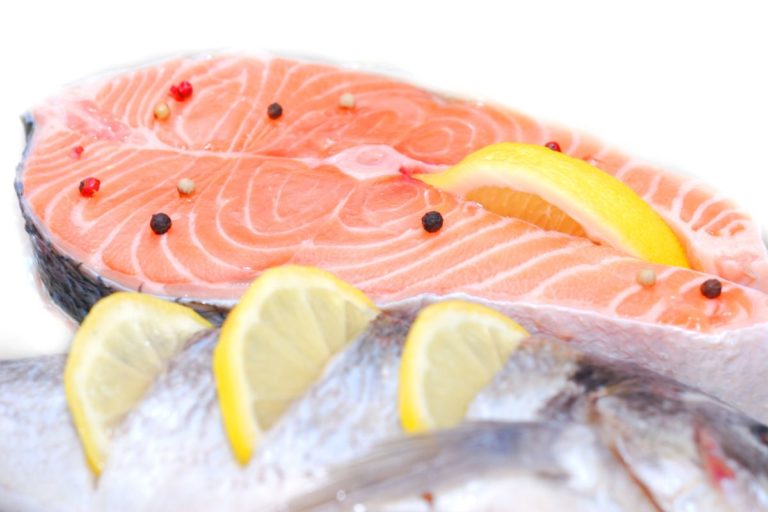 Salmon is one of the most popular fish to eat. It is also one of the healthiest, packed with nutrients like omega-3 fatty acids and…